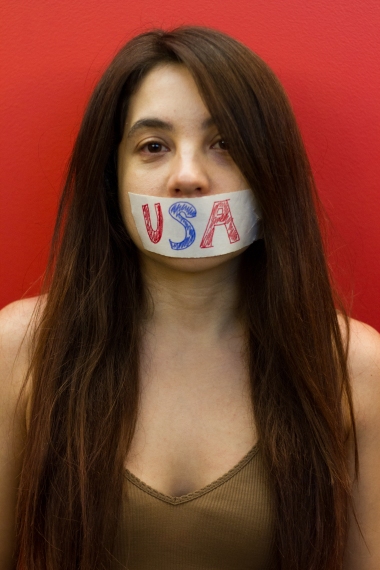 These portraits were on display at Dixon Place. They are part of Necessary Exposure’s 3rd installation which explores what it means to be writing for the theater as a woman at this moment in history.

Click below to listen to an excerpt of Hilary’s play Ghosts of Lote Bravo,
read by Hilary Bettis. Sound Design by Martha Goode.


“Our values are not statements we put on walls, they are actions we take behind closed doors.”

She is a two-time recipient of the Lecomte du Nouy Prize from Lincoln Center and is a 2015 graduate of the Lila Acheson Wallace Playwright Fellowship at The Juilliard School. Bettis has received fellowships and residencies at the O’Neill National Playwrights Conference, New York Theatre Workshop, Sewanee Writers’ Conference, SPACE at Ryder Farm, Cape Cod Theatre Project, La Jolla Playhouse, New York Foundation for the Arts, Playwrights’ Week at The Lark, NNPN’s National Showcase of New Plays, Audrey Residency at New Georges, Two River Theater, Great Plains Theatre Conference, The Kennedy Center/NNPN MFA Workshop and a Sloan/EST Commission. Her plays, The Ghosts of Lote Bravo and The History of American

Pornography made the 2015 Kilroy’s List as the most recommended new plays by a female writer. She has been a Runner-Up for the Alliance Theatre’s Kendeda Award, Nuestras Voces National Playwriting Competition, American Blues Theater’s Blue Ink Award and the Leah Ryan Prize. She is currently working on a commissioned adaptation of Miss Julie with Michel Hausmann/Miami New Drama.

The Ghosts of Lote Bravo received a National New Play Network Rolling World Premiere at the Unicorn Theatre in Kansas City, MO, Borderlands Theater in Tucson, Arizona. Her play, Alligator, received an Off-Broadway production this past winter with New Georges and The Sol Project.

As a screenwriter, Bettis has written and produced two short films, B’Hurst and The Iron Warehouse, which have screened at multiple film festivals across the globe. Hilary is currently a writer on FX’s hit show The Americans.  She is developing a project at The Weinstein Company with Alyssa Milano producing, as well as another project at Fox 21 TVS with producer Bob Levy.

She lives in Brooklyn, NY with her cat and her actor-fiancee.